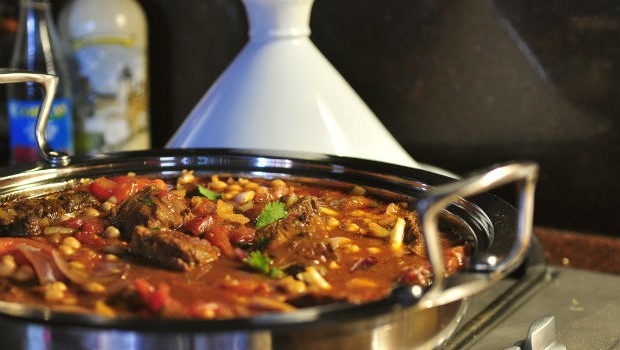 “Morocco, yes, I fancy visiting Morocco”. This was one of the responses I got from Nina when we were discussing future travel plans for 2015. Isn’t planning half the fun?

Morocco would suit me, I’ve considered visiting there a few times though I’m not sure whether it was the influence of Beau Geste or Anthony Bourdain’s Cook’s Tour, (suspect the latter). Anyway, this conversation coincided with an opportunity to review cookware for Kitchenware Superstore and subsequently compelled me to review a tagine.

Tagines are a traditional earthen cooking pot used by the Berbers in North Africa. They have a shallow base and a conical lid, this captures the steam and condensation ensuring the slow cooked food turns out succulent. The tagine I was sent to review however, had a heavy metal base not earthenware. It’s made by Scanpan and was a whopper of a pan – in a good way. 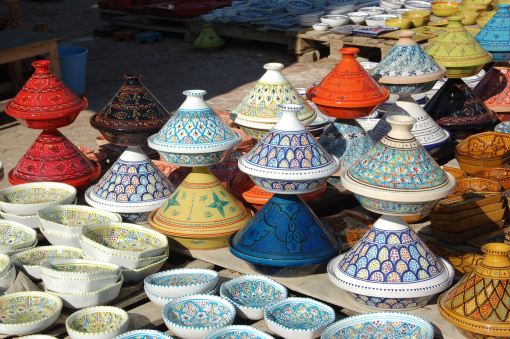 Morocco -Tagines for the tourists? Image courtesy of The Salad Edition – http://bearsmentioning.wordpress.com

Admittedly, I was a little sceptical about how well this would perform. Having used it, I can say it did the job nicely. Like the traditional clay tagines, this is suitable for stove top cooking. The metal base allowed me to brown the meat, giving it extra flavour. It was big enough for a tagine feast feed 6-8, which was brilliant as we like to entertain. The handles made it simple to lift from stove to table and it was really easy to clean afterwards. Oh and it looked good on the table, I’m tempted to use it as a fruit bowl when not cooking in it.

Tagine recipes are generally slow cooked, richly flavoured and contain meat with vegetables. I adapted this beef tagine from a Jamie Oliver recipe. The list of ingredients may seem a little long like the prep time, but this is a very simple dish, so don’t be put off. If you don’t have a tagine and don’t fancy buying one, try using an earthen ware casserole pot or a French oven.

The richness of this dish can be balanced with watermelon and mint as a starter and an almond cream pudding  for dessert. 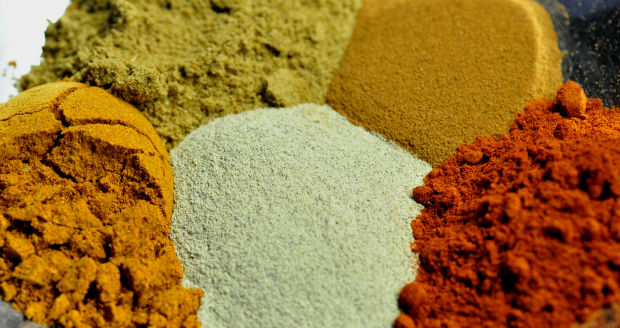 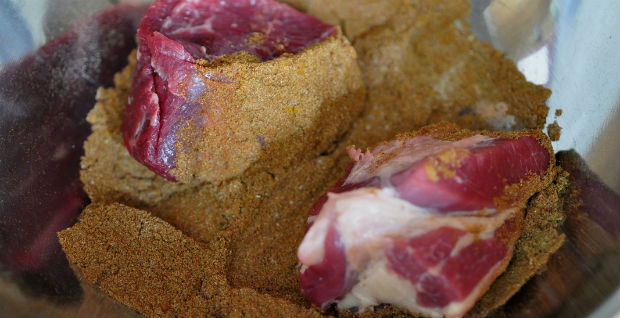 Evenly coat with spices and rub in 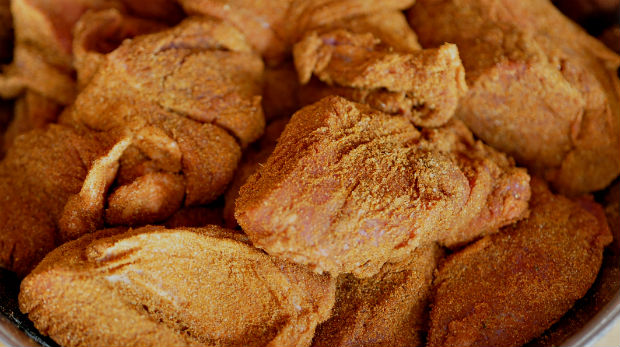 Ready for the fridge to marinate 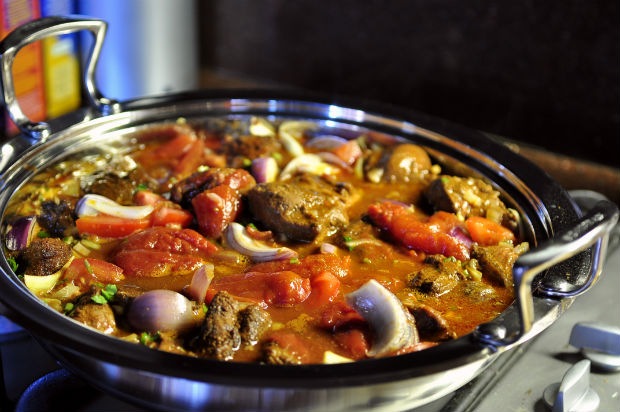 How far in advance do you plan your holidays and what exotic destinations appeal?