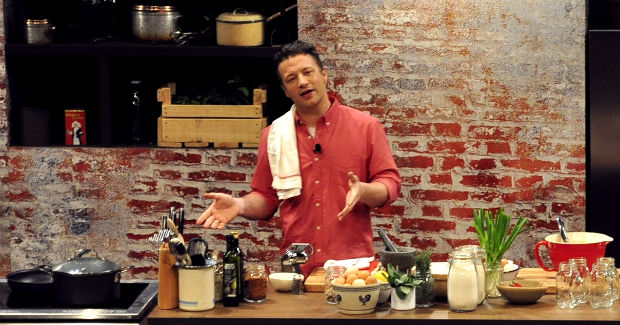 Jamie Oliver came to Sydney last weekend (as you’ve no doubt already read) to promote the Ministry of Food and Australia received him with open arms. In a recent competition, held to win the hosting of a local community Ministry of Food pop up kitchen, over 170 entries were received across Australia.

The winner was to be announced at Jamie’s ‘Kitchen Talks’ event in Sydney and Humble Crumble got to attend. Following a short review I wrote about Jamie’s Sydney restaurant, I was offered tickets to say thanks. To say I was excited at the prospect was an understatement.

Jamie, celebrity chef pals and Ministry of Food ambassadors provided an entertaining cooking demonstration. But the purpose of the event wasn’t just to talk about the Ministry of Food, it was to announce the winner of the competition and do something special. Finalists from each state had been flown in and the City of Onkaparinga in South Australia won. 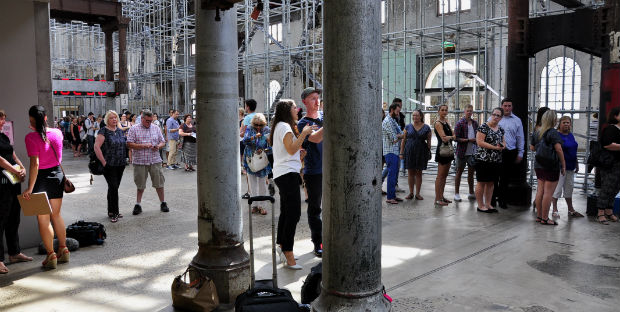 Just some of the 600 who attended

Australia weighs in as the 4th fattest nation in the world (OECD), with 1 in 4 Aussie kids reportedly obese. The purpose of the Jamie’s Ministry of Food kitchens is quite simple, teach people to cook fresh nutritious food from scratch. Diet related disease is Australia’s biggest killer, when talking about the kitchen, Oliver passionately told the audience “this is about the people and the kids and a few more years of life”.

This is a worthy cause that I personally am quite passionate about. Hopefully the Federal Govt. of Australia will take note and support the Jamie’s Ministry of Food. In the meantime, let’s connect with our food a little more and cook something that nourishes body, soul and kids. 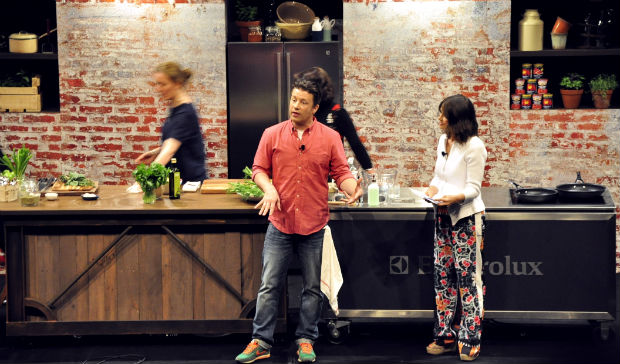 It’s about the people and the kids

2 Responses to The Ministry of Food comes to Sydney