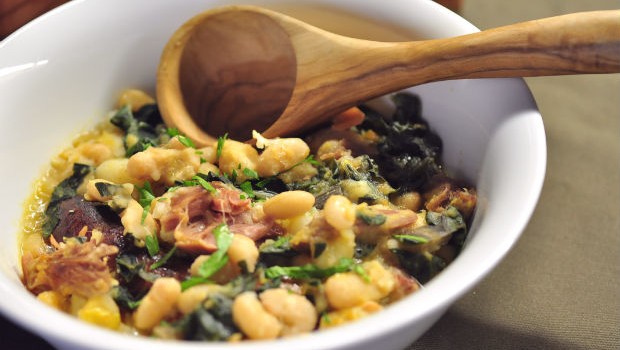 This week’s recipe is hearty and warming, so not much use for anyone in Australia. But I wanted to share it for my family and friends in Britain and the rest of the Northern hemisphere, where the days are getting shorter and the winter woolies are being unpacked. Hopefully it makes up for my gloating about how warm and sunny the weather is here.

When the average Brit thinks of Spanish cuisine, sangria, paella and tapas will likely come to mind, (assuming they are open minded enough to try the local fare). These dishes are great, but Spain has one of the most diverse ranges of cuisine in Europe.

In Southern Spain there’s a heavy Middle Eastern/African influence from the Moors and the dishes are heavily spiced. The cooking of Galicia (North West) draws on the Atlantic, with the scallop taking pride of place.

However, the dish I’m going to share is one of the few Galician dishes not to use seafood, Galician soup. I had this as a starter when I visited Santiago de Compostela in Galicia, last year (a seriously impressive, lichen covered cathedral, where apparently, the apostle James is buried). Unlike the cathedral, this dish isn’t glamorous it uses very basic easily accessible ingredients like white beans, potatoes and ham hock. It’s the sort of thing that I imagine hardy fisherman, or farmworkers would have eaten to keep warm.

To get to Galicia, we drove from Madrid in central Spain across the arid plains of Castile-La Mancha (famous for Manchego sheep’s milk cheese) then North. Castile La Mancha is a massively underrated region, if like me you’re into your history, there is a wealth of well preserved castles and ancient cities to visit. The Roman town of Sergovia, the imposing walled city of Avila (try the roast lamb over a wood fire), Toledo (great place to pick up kitchen knives) and the beautiful uni town of Salamanca are just a few of the great sites. And if you’re into your wine, La Mancha is one of Spain’s largest wine producing regions 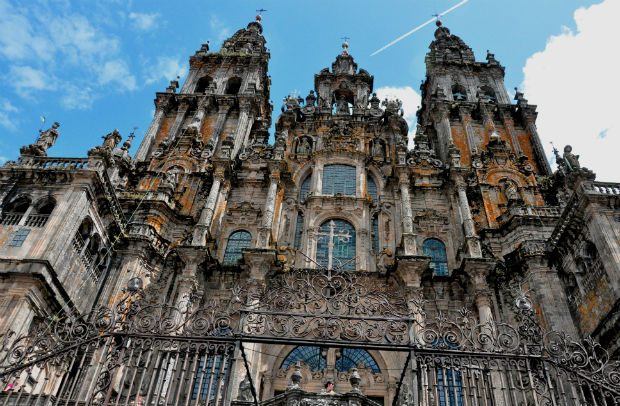 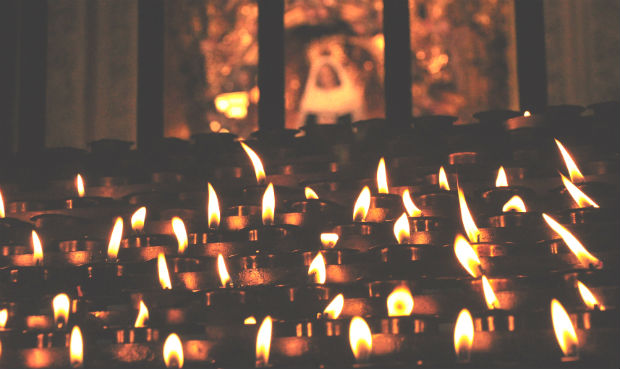 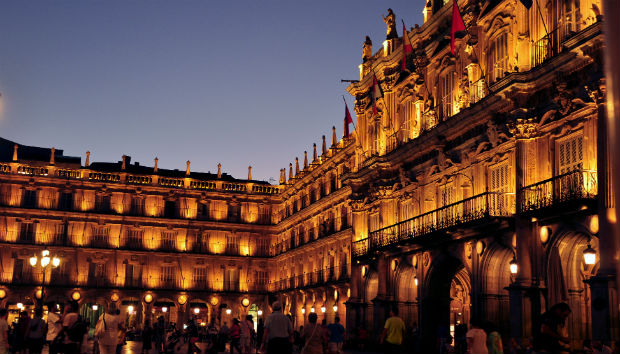 Here’s how to make that tasty Galician soup I raved about:

Whats your favourite recipe that you’ve brought back from a holiday? 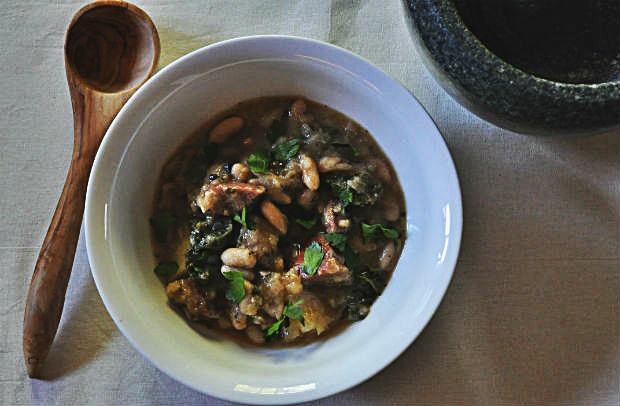 7 Responses to Galician soup – something hearty from Spain