I recently went to one of Sydney’s Crave Food Festival events.  It was a seafood themed barbeque, with guest chefs 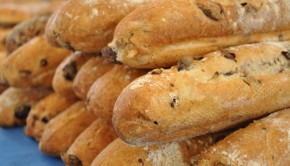 Food Markets and the Spring Food and Wine Fest

Food markets are something that I never seem to tire of. The ever growing abundance of choice in not

As a huge fan of French food, this is a restaurant that I have been looking forward to reviewing for

My late father-in-law was Hungarian. He was an interesting man with fascinating stories. He escaped Hungary in 1956 during the