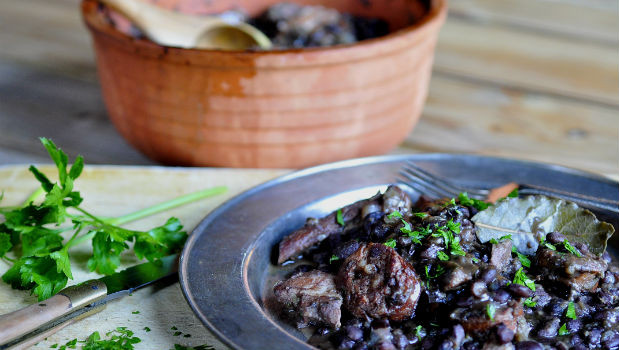 It’s been a windy week in Sydney, so much so, that the inflatable iceberg in Darling Harbour (part of the ‘Cool Yule’ midwinter celebrations), had to be deflated.

Such nippy weather calls for something robust with a bit of attitude on the menu. Continuing with last weeks Brazilian theme, I made what is perhaps one of Brazil’s best know dishes feijoada!

Feijoada, (pronounced fay-zwah-da) from feijão, the Portuguese word for beans. Essentially it’s a pork and black bean stew, but this isn’t your run of the mill stew. It’s a serious heavyweight, the Mike Tyson of one pot cooking; requiring about half a pig, this isn’t something you want to serve the Rabi.

As I was only catering for two, I haven’t included the traditional trotter, ear and carne seca (dried meat). I’ve simplified it somewhat, but I did cook the black beans in some homemade ham stock, which added a fantastic depth of flavour, this is one corner to avoid cutting. 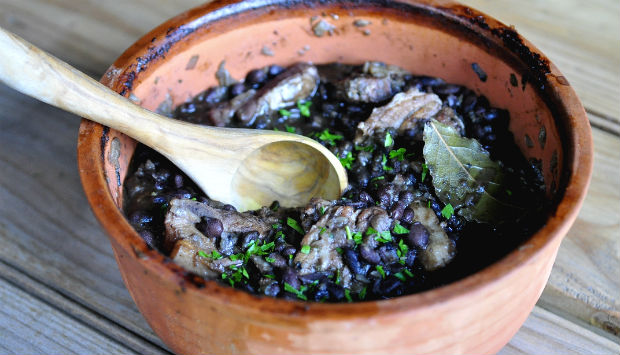 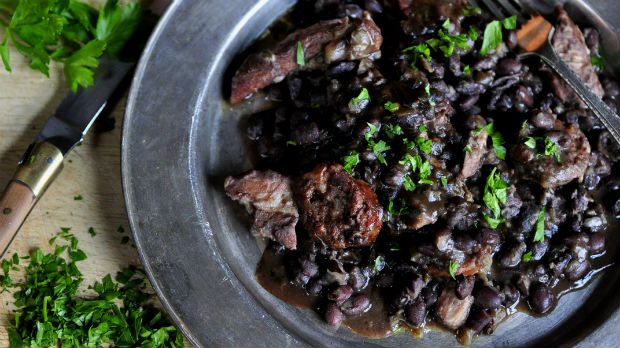 Perfect for a Winters Sunday lunch 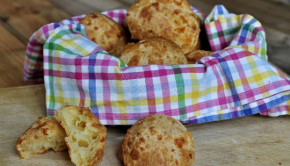