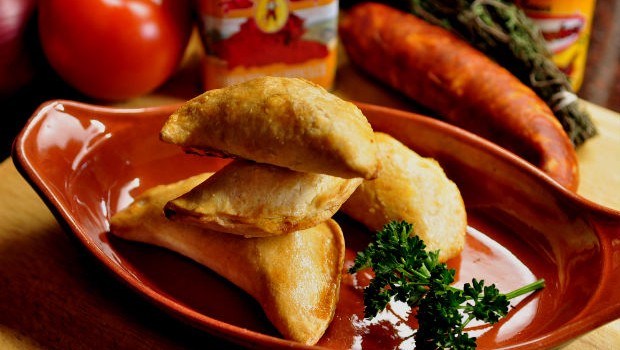 According to Wikipedia, the word stereotype comes from two Greek words, stereos (solid) and typos (impression), so solid impression. Is there anything the Greeks didn’t invent? Stereotypes these days are frowned upon, it’s un-pc, offensive and just not nice. However the fact remains that they are often funny.

As a Brit overseas I’m subject to plenty of stereotypes (whinging POME, idiot abroad, weather obsessed – not in a crazy American storm chaser way though and boozers who like to scrap at the football). It’s still raining by the way, but it doesn’t make me feel at home.

This is a perfect lead in to this week’s recipe, chorizo empanadas. The name empanada comes from the Spanish verb empanar, which means to wrap in pastry.  Originating in Galicia (North West Spain) they’re a fantastic snack that is essentially a lighter more excitable version of the Cornish pasty.

Empanadas can be baked or fried with a variety of fillings (tuna, pork, vegetables, chorizo, eggs). I wanted something less oily and with some spicy warmth on the tongue so have gone with baking and spicy chorizo filling. 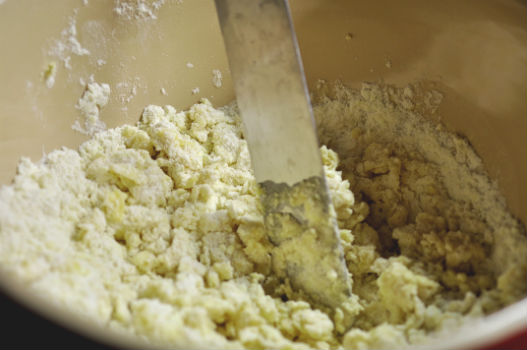 Cutting the pastry mix in

Cooking the chorizo and chickpea filling 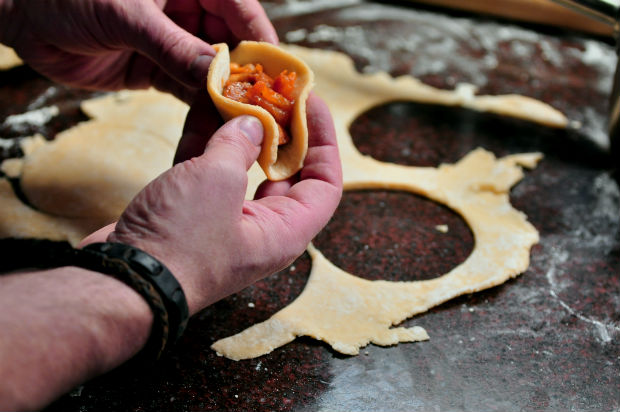 Pinch the pastry together to seal 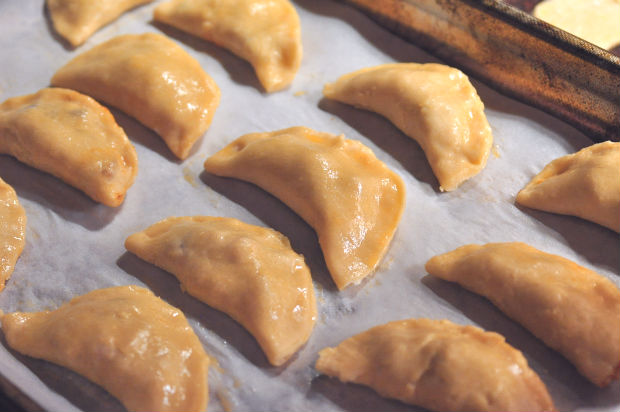 Brush with egg for a golden shine 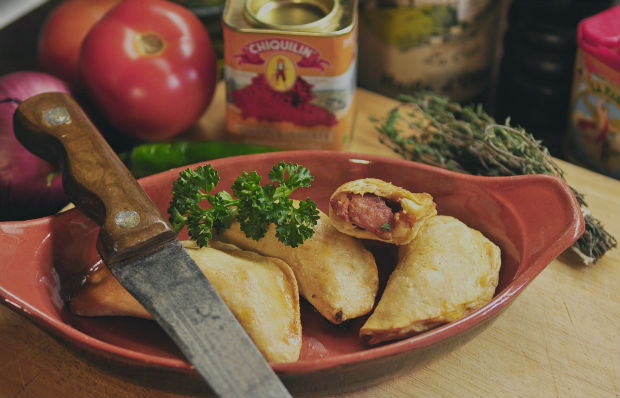 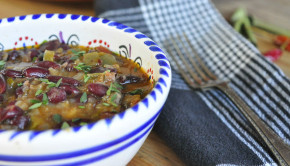