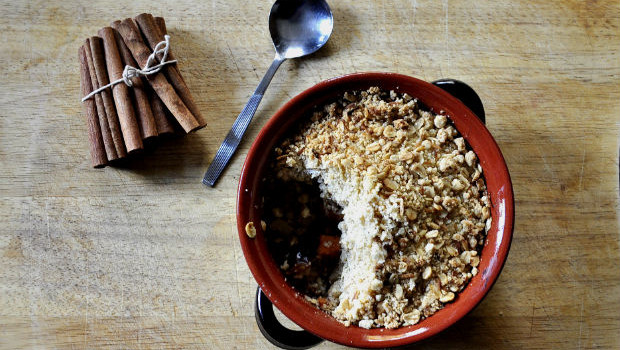 I recently came across my school prom photo (circa 1989), think an abundance of ‘new romantics’ Duran Duran style quiffs and pointy shoes and that was just the lads. The thing is, when I was in my teens, I wanted to blend in. I didn’t want to be different or alternative. But, there I was in a white tux and red bow tie, when everyone else was wearing a black tux….or dressed like Michael Jackson.

I’m not sure quite how or why I ended up in a white tux, but these days I’m comfortable enough in my own skin to be different. This leads into an alternative dessert crumble recipe I’d like to share. Apple crumble was one of the first things I learned to make at school and it’s still an old favourite. But sometimes it’s nice to have a change.

After a little research, I took my lead from Britain’s rationing recipes. During this period, Brits had to get creative because sugar was scarce, carrot and beets often featured in desserts.

I settled for the kumara, New Zealand’s very own sweet potato, (originally cultivated by the Maori). It took a bit of trial and error to get the balance right, but I think this is ready to share, be interested in your thoughts.

Sweet potatoes might not seem an obvious choice, but it brings a rich, earthy sweetness that feels dry and wet at the same time (like mash potato). Sweet potato is also rich in beta carotene, which has a number of uses including helping prevent cancer, reduce blood pressure and fight depression.

Are you a leader or follower? And do you ever try unusual flavour combinations? 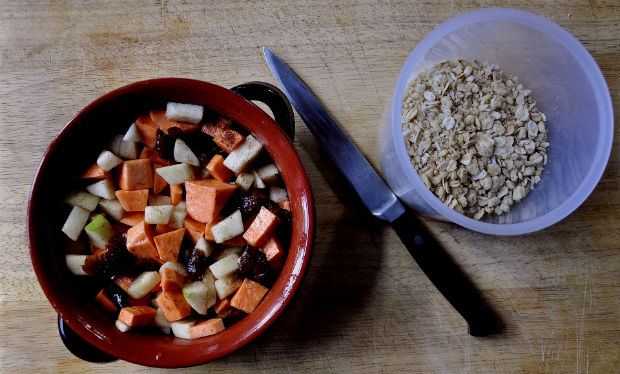 The first version with diced kumara – roasted was better 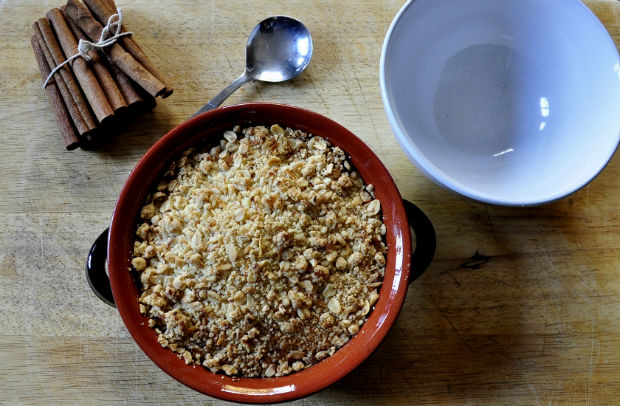