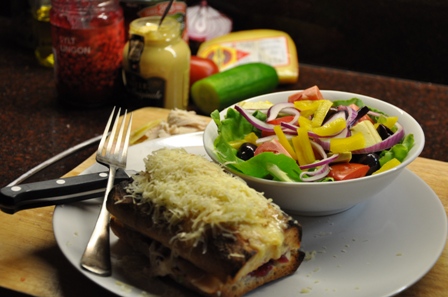 I thought that I would work backwards with our Christmas feasting. I figured that sharing ideas on how to plough through the leftovers would be more useful sooner rather than later. Time permitting I can share the Christmas dinner notes later this week.

I borrowed and adapted the idea of Christmas croque-monsieur (posh grilled cheese sandwich) from French chef Bruno Loubet. It works well with goose, turkey, ham or chicken left over’s and will only take about 10-15 minutes to prepare.

Substitute the turkey for ham and add a second teaspoon of Dijon to the sauce. Works with prawns too, just ditch the cheese sauce in favour of a cocktail sauce. 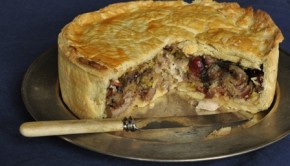 One Response to Christmas turkey croque-monsieur