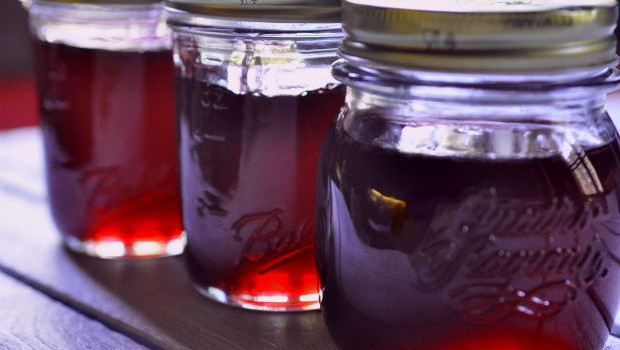 One of the things that I really miss about living in the English countryside is foraging for food. Any fan of River Cottage and Hugh Fearnley-Whittingstall (that’s a seriously posh name), will know what I’m talking about. There is something that makes gathering food from the land, deeply satisfying. After all we did evolve from hunter-gatherers.

I’m not suggesting that England is the only place where you can forage; it’s just a bit more difficult if you live in the city. And heavier pollution from roads makes many areas, less attractive.

Anyway, last Sunday was National Tree Day, so I took part by joining the local landcare project in inner city Pyrmont. The goal is to attract wildlife in the form of birds and lizards, back into Sydney by planting native species. I’m not too sure how many trees, shrubs and grasses we planted, but safe to say in a year or two, it’s going to look a lot greener.

Whilst digging away, one of the landcare regulars showed me a lillypilly berry; pink, almost purple fruit, resembling small apples. I assumed by natures design, anything that bright had to be poisonous. Surprisingly they are edible, and as luck would have it, from a winter-fruiting Aussie native evergreen tree that was growing close by. So once the planting was done, I set to eagerly picking lillypilly berries. 15 minutes later I had about 1kg of the almost neon fruit and thanks to the power of technology, had a recipe for lillypilly jelly before I got home.

The fruit is pretty unusual, it tastes something between a nashi pear and a tart strawberry and the texture isn’t really like any fruit I’ve eaten before. Once you get past the ‘pretty’ magenta colour of the jelly, (seriously, it looks like the most fake, preservative laden, cheapest jam ever), you’ll be rewarded with a remarkable tasting preserve. In a good way. One word of advice though, you’ll need a lot of fruit, 1kg only made me three small jars of jam. 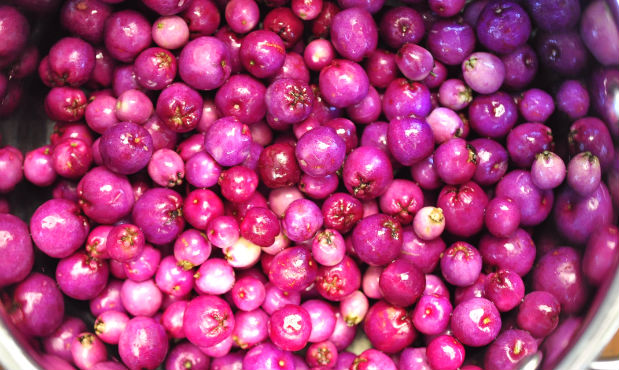 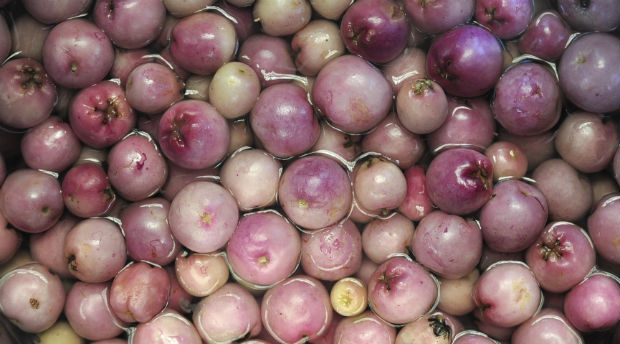 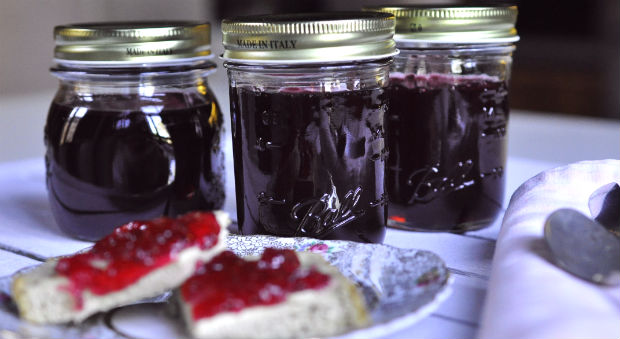 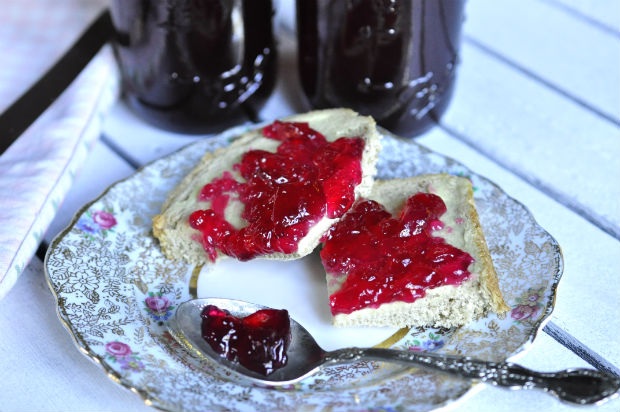